Dogs are so clever. In fact, studies showed that their minds can be as advanced as that of a two-year-old child. They are so smart that they understand us and can choose to obey us. Sometimes though, they still want to have their way even if we tell them otherwise and the following photos are hilarious proofs. Sometimes, dogs just really want to bend the rules!

1. This baby knows when to look away to not make it seem like he’s begging for food!

2. His interpretation of the rule: No Paws Allowed 3. This baby has been strongly reprimanded to not put his chin on the table. He got his way around it. 4. Their human’s office is off-limits. However, this baby accidentally threw her favorite Carrot in the office. She’s slowly inching her way to get in and reach it. 5. Wulfgar was forbidden to touch his brother’s food. He obeyed it but he always lays like this just to get his point across. 6. This baby knows that she’s not allowed on the couch. So when a pillow fell, she took advantage of the opportunity. 7. This baby is not allowed to put his paws on the table when he wants to play ball. Now, this is how he calls for his human’s attention. 9. This baby knows that she’s not allowed inside her human’s room. She slowly enters without looking believing that avoiding eye contact will effectively prevent her from being kicked out. 10. This baby knows she’s not allowed in the kitchen when her human is cooking. She follows through however hard but she still wants to get her presence and message across. 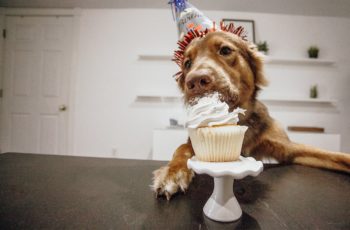 Who says that dogs can’t eat cakes?! They can! It … 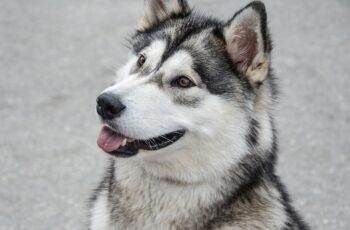 Alaskan Malamutes may be big but they’re actually large babies …