Home
Chaser the Dog
Chaser, The Dog With 1,000 Words

Hearing stories of birds pronouncing words is normal, but bumping into a dog who knows 1,000 words is totally a different story. Meet Chaser, a nine-year-old Border collie dog breed which became popular all over the world due to its capacity to understand around 1,000 words.

Chaser learned these words through repetition with the help of his owner, John Pilley. With the number of known words, Chaser is considered as the animal with the largest vocabulary of human words. Chaser doesn’t just simply no words, but she can identify whether the word is a common or proper noun, verb, adverb, or preposition too. According to her owner, Chaser knows that common nouns can identify different things. For example, for Chaser, a ball means any bouncy or round thing, and a spinning disk or ring for her is a frisbee.

Aside from knowing different words, Chaser is also good at making inferences. In fact, when she is told to get a new toy with a word she never has heard before, she will get the new toy out of the number of familiar toys.

Everything that Chaser can do all started with an experiment. Pilley repeatedly showed Chaser different objects as he associates it with different words. He repeatedly says the word until Chaser already gets it. In total, Pilley used 800 animals, 116 balls and 26 Frisbees in the experiment that he made which he can’t exactly remember them all.

As of today, Pilley continues to teach Chaser in order to develop Chaser’s vocabulary skills. Chaser has started learning about commands with three elements of grammar already. Many scientists have also started to study her case in as much as many are amazed at how intelligent she is for a dog.

To conclude that Crasher got the intelligence of a real human is safe enough. Taking into account, she has learned a lot of words at a young age. Dogs, perhaps, are one of the most intelligent pets to have. They don’t just protect you, but they are a good companion too. 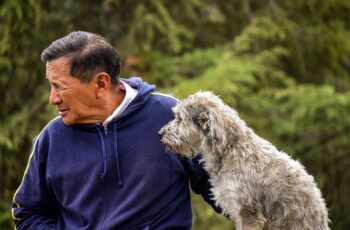 Dog lovers will really do just about anything to make … 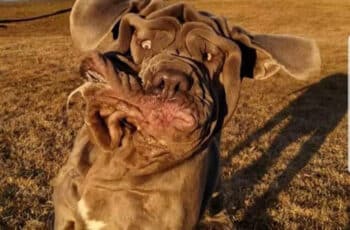 Something dog-related goes viral just about every other week. Of …