The festivities during the Fourth of July are one of the occasions that our dogs hate the most. Our dogs have nothing against the celebration, but they are scared of the fireworks that are usually lit during this event.

Dogs would usually hide somewhere when the fireworks go off, though some do tend to flee from their homes.

Unfortunately for dog owners Mary Lynn Whitcare and Ryan Washick, their rescue dog, Rajah, fits the latter. Mary Lynn stated that this was not the first time their pet had escaped. On average, though, they are able to bring return her back home within five minutes. But during one Fourth of July celebration, however, Rajah disappeared for eight hours!

This meant that the loud explosions created by the pyrotechnics definitely have an effect on our dogs.

Mary Lynn and Ryan attempted to locate Rajah in their South Carolina hometown of Simpsonville. Unfortunately, there were no traces of their lost pet.

The couple, exhausted from the festivities and the search for their dog, decided to call it a night. The next morning, however, they were no longer required to look for their dog. Rajah returned to his residence at 3 a.m. and rang the doorbell! Yes, he did just that!

Ryan believed that a nice Samaritan had found and returned their lost dog. However, he was astonished to see only Rajah at the front door. The dog used her nose to ring the doorbell, then waited patiently for her owners to open the door so she could go back inside.

Mary Lynn said that she could not stop giggling when she realized that her dog was ringing the doorbell. They were unaware that Rajah knew how it operated so it was a surprise for them. As a result of the dog’s intelligence, the doorbell camera video clip quickly became viral on social media. 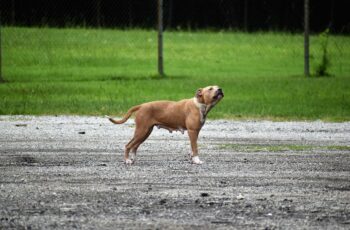 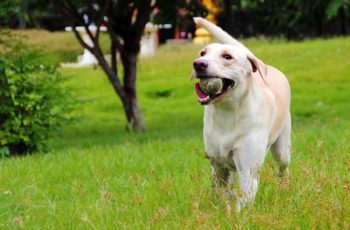