Nim and Daisy were two of the unlucky pups that had medical issues concerning their legs. Luckily, Derrick Campana was an Animal Prosthetist that did miraculous work for dogs that had problems with walking.

Nim only had three functioning legs and was abused when she was a puppy. Her new family wanted to help her, so they looked for different options, including prosthetics.

The dog’s family found a group of innovators led by Dr. Derrick and reached out to them. They started th project by making a mold of Nim’s leg and scanned it to create a digital model.

With the help of 3D printers, they were able to make Nim the perfect leg. Nim’s 3D-printed leg costs around fifty dollars, which was a lot cheaper than getting the typical dog leg prosthetic. The 3D-printed leg also allowed more natural adjustments as Nim grew bigger.

Daisy was born with several dislocated joints and an adorable underbite. She walked by herself or used her wheelchair, but both of these options put stress on her spine.

When her family was researching about 3D-printed prosthetics, they asked around and discovered Nim’s story. The following day, the family reached out to Dr. Derrick and scheduled an appointment.

During the fitting, Daisy was calm and composed. When she first tried on the leg, she was a bit confused. She eventually got the hang of it and was so happy that she could finally run.

Being able to create something very unique as the 3D printed leg was nerve-wracking for Dr. Derrick. Each dog patient was different, and Derrick just kept trying something new. He always crossed his fingers every time he’d have a new case.

Nim and Daisy both became therapy dogs to comfort senior citizens that needed them. They served a new purpose in life by helping others.

Watch the incredible story below: 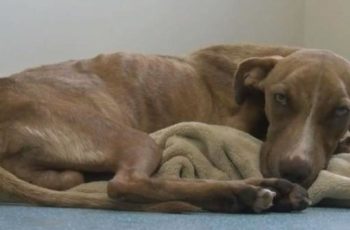 Thank God for drones, a sign of life was sighted … 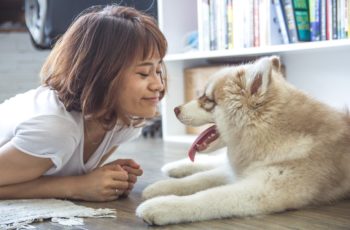 Now this is some juicy data that is set to …