Two teens discovered these stray dogs as they wandered by a sewer. They immediately called for help. 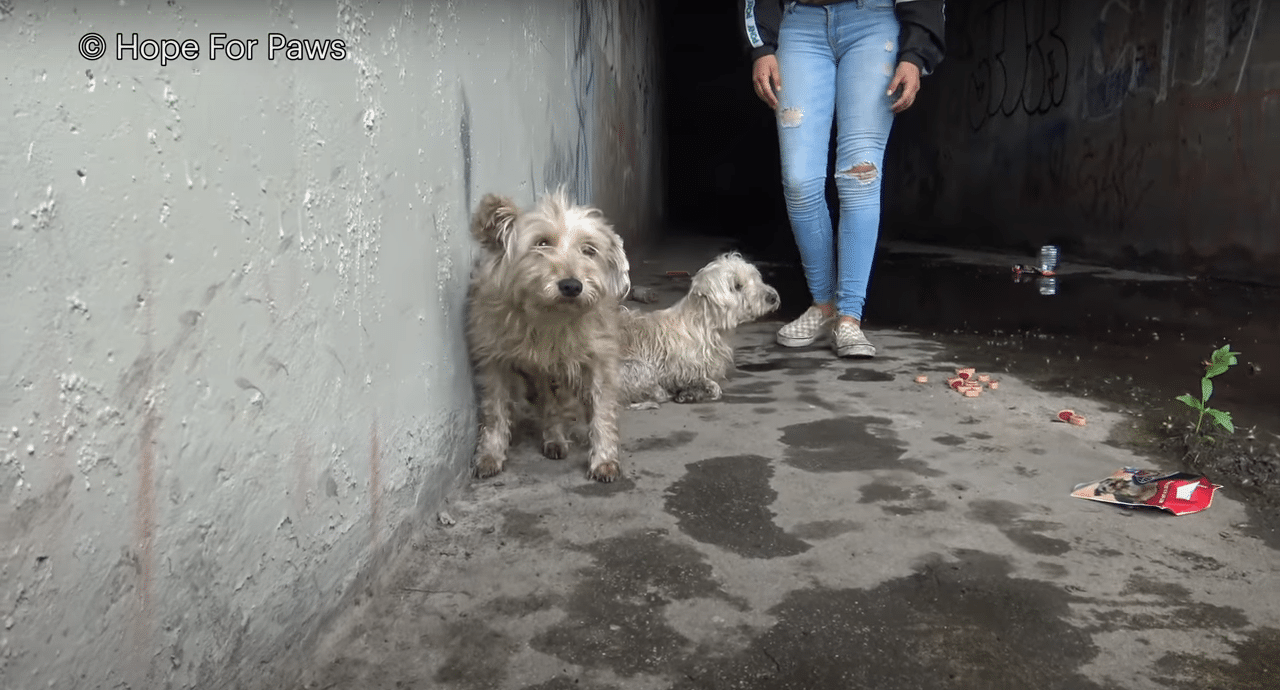 The teens made sure to keep an eye on the pets and helped calm them down. They did so well that when Hope for Paws arrived, the dogs didn’t react anxiously. Our thanks to you, young hoomans!

The rescue team scaled down a steep embankment to help the doggies. It’s not a task for everyone, and it sure took a lot of heart and determination from the group to do so.

Since the teens did an excellent job at keeping the strays calm, it didn’t take long before the dogs were secured and carried to safety. 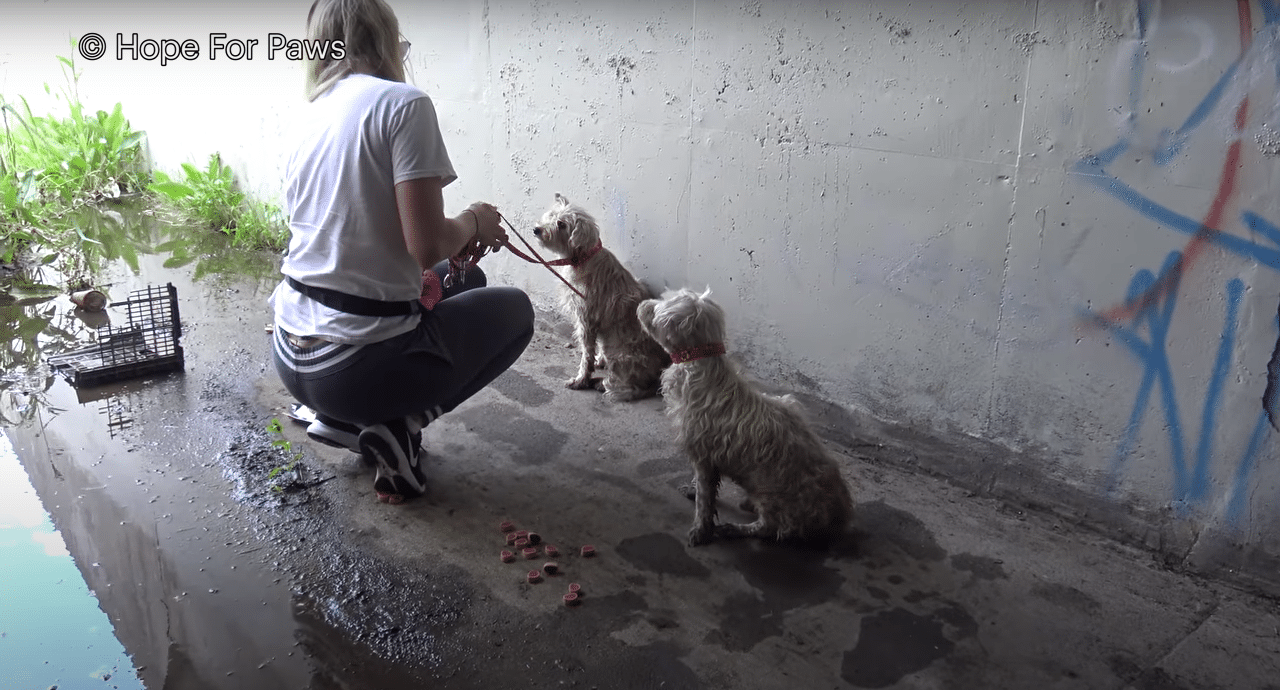 The rescuers named the male dog Winn, and the female one, Dixie. The doggies settled in for a short ride to the vet, instinctively knowing that they would be okay.

Winn and Dixie made a medical stop for a thorough clean and check-up. They both had a terrible case of fleas and ticks, and both had eye infections. 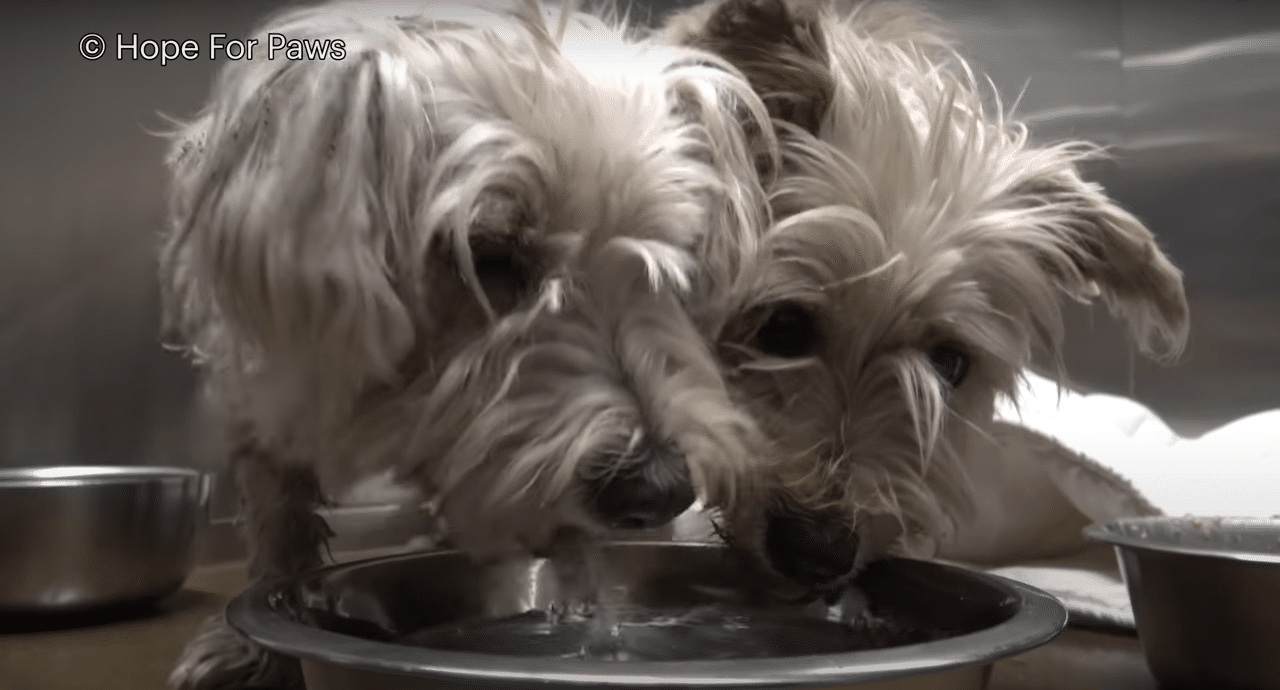 The shelter provided all the medical care needed, and the dogs experienced a unique bath. After that medicated shower, we’re positive both doggos felt more relaxed than they’ve ever been in a long time.

It isn’t hard to imagine that both pets slept well that night. 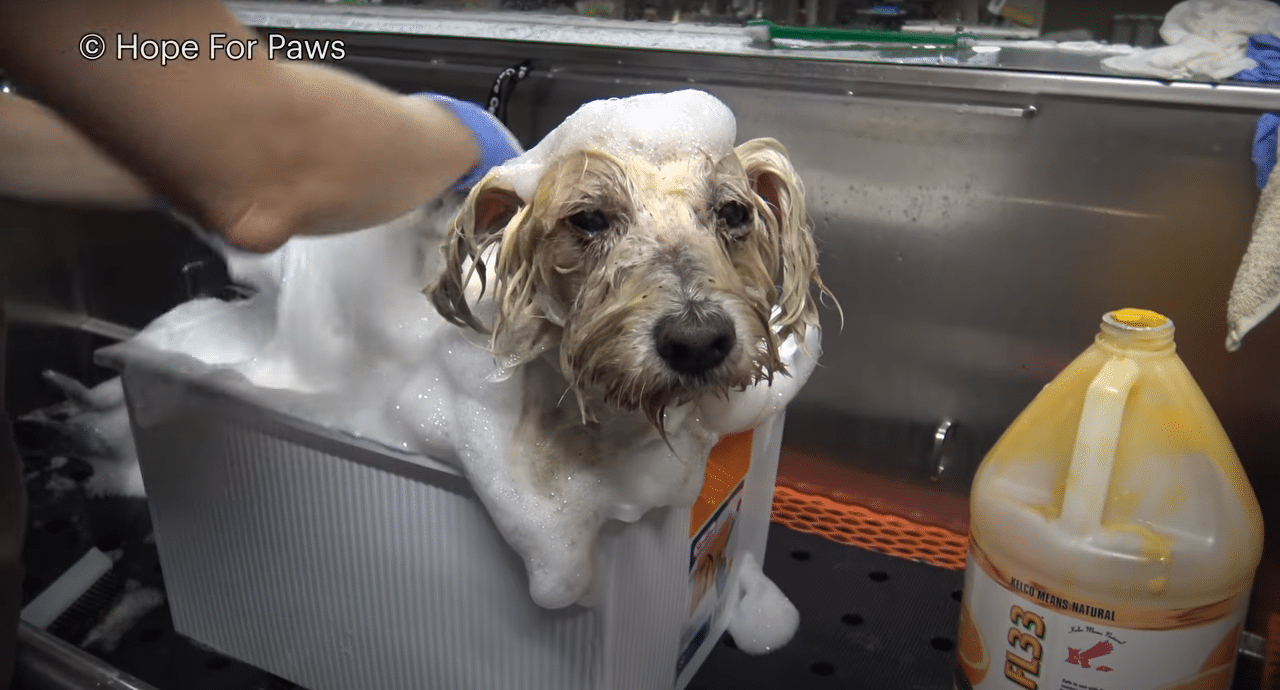 Soon after their foster stay, the dogs got adopted into a loving forever home. We’re so happy that these former strays now lives with a family who values and loves them with all their heart.

A week after their adoption, Winn and Dixie’s rescuers visited them at their furever home. Both dogs wagged their tails like crazy. They couldn’t stop saying hello to the people who changed their lives. 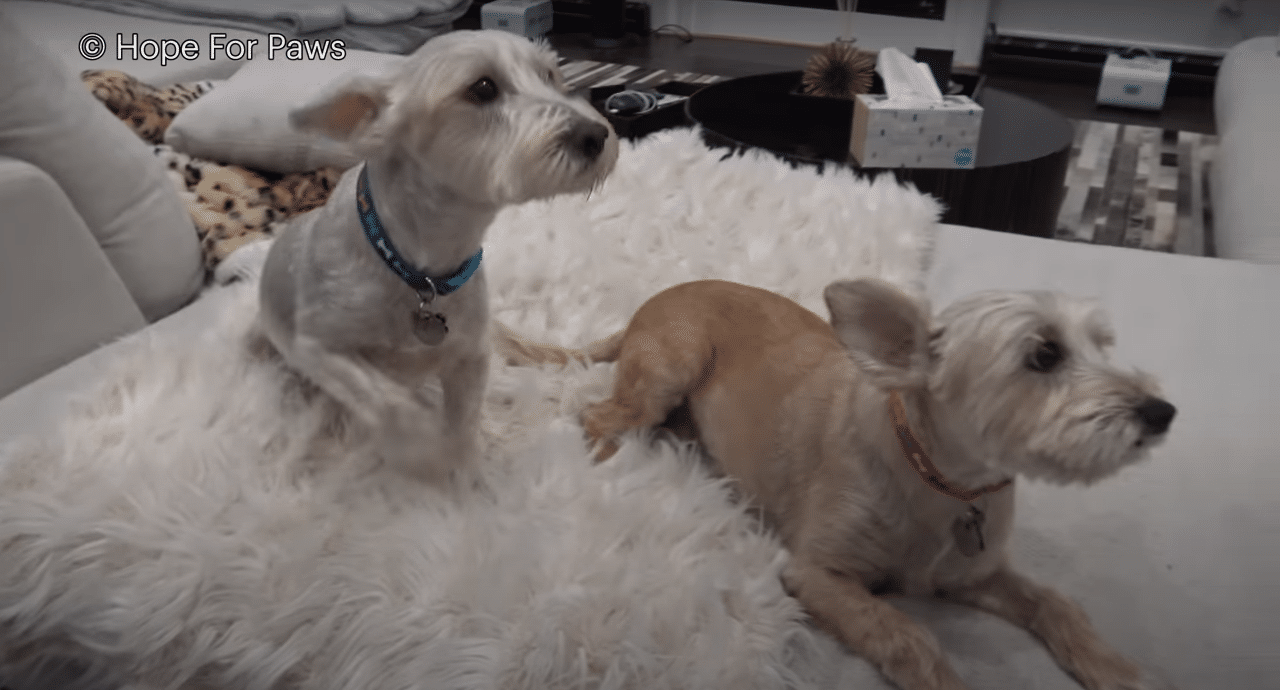 We bet that these doggos will forever be grateful to their rescuers. We second the emotion. 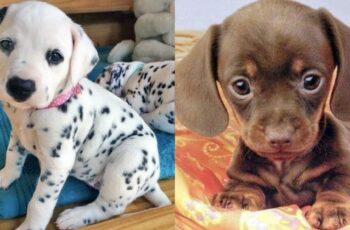 From perfect to more perfect! If perfection is only an … 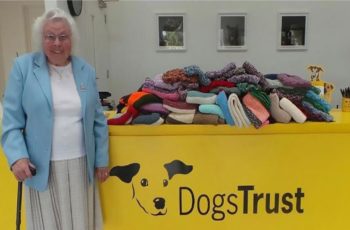 Animal shelters need a lot of help. A lot of …