While on vacation, a terrible accident threw a disabled dog out of the car window. The whole family was devastated and determined to find their lost dog. It looked like a lost cause until something amazing happened.

There were two adults, two teens and three of their dogs inside the car. The entire family was exhausted and eager to get home.

They were ten minutes away from their house when something big blocked the road and unexpectedly flipped the car for about five times. Medics were quick to respond to the scene, and hurriedly aided the injured family.

The rescuers discovered that it was a huge bison that caused the incident. Everybody was still shaken from the accident. The rescuers asked if everyone from the car was present, and they noticed someone missing.

Their two-legged dog Duncan was nowhere to be seen. The family panicked and started thinking of a game plan to search for the lost canine.

Duncan’s back legs were missing before the accident, so they knew that he wouldn’t be hard to spot. On a Facebook post made by the family, they begged people to help them in their search while also asking for leads regarding Duncan.

A total of forty volunteers showed up at the place of the accident. Everybody was determined to search high and low for the lost dog.

After about fourteen long hours of searching, they ended up three miles from where they crashed. One of the volunteers yelled and signaled the group to come over.

The same volunteer found Duncan hiding inside a bush. One of the family members called out the dog’s name, and Duncan instantly perked up his ears in response. Not long after, the dog came running to the family.

Watch the incredible story below: 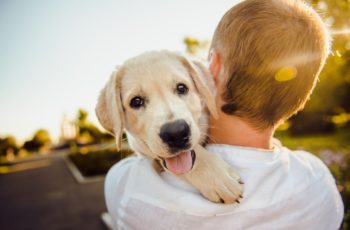 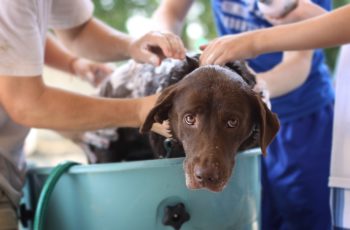 You can go all natural and still keep your dog …