Home
famous dogs
VIRAL STORY OF THE DAY: Stray Dog Now A Regular Employee Of A Hyundai Dealership That It Visits Daily

Now, this is some feel-good story for you! Meet Tucson, the stray dog from Brazil that is now a regular employee and has found his forever home with his co-workers turned into family in a Hyundai dealership.

This story is now making waves online as thousands of people were touched. Considering everything that we’re all going through with the pandemic, this hopeful and warm story is bringing hope and wholesome joy to many. The story was first seen on Instagram when the store published Tucson’s photo with “Professional Consultant” as its caption.

It all started at the beginning of the year when staff would notice how a dog would always walk around the dealership and hang out. They didn’t think anything of it initially as all stray dogs do such. However, this dog was pretty special. He returned and hanged out every single day! So much so that all the staff became friendly and familiar to him. One rainy night, the manager decided to let him in as it was raining and he wanted to give him food and water. The rest is history!

The entire staff quickly fell in love with him and decided to give him a better life. Initially, the plan was to send him to a shelter. But the staff and clients were too in love with him! He was so endearing because he would always greet and interact with all customers! Customers would even return just to check up on him and give him gifts!

Seeing that his presence greatly improved the entire staff’s energy and overall client engagement, the manager decided to hire him as a regular employee! Upon hiring, he was given a dog tag and an official ID! They named him Tucson Prime! He also underwent visits to the vet for a complete check-up on his health and to get all the necessary vaccines. He is now fully taken care of and kept by the entire staff. He is quite the superstar now because apart from having a regular job and a forever home, he is also set to star on Hyundai Brazil’s next commercial!

Cheers to you, Tucson! We’re all so happy that you now finally have a forever home! 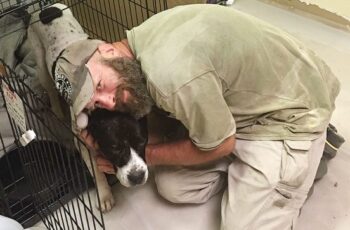 How many individuals can express that they have rescued over … 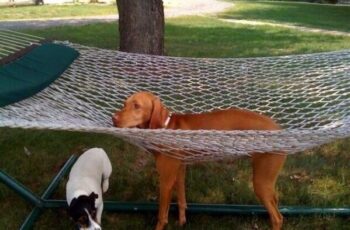 How is your day going so far? If you’re having …