It was a dark and sad day when Mathis lost Macks on a gloomy day of May. Macks got lost for he found his way out of the family’s yard. Days were slow when Macks went missing but God is indeed good for they both find their way back to each other.

Mathis is a 4-year-old boy who has Coffin-Lowry syndrome. Coffin-Lowry syndrome is a rare genetic disease that causes growth abnormality, heart issues, and visual and auditory abnormalities. Macks has been helping Mathis in bravely and confidently navigating his daily life by being his emotional support dog.

Macks is a French bulldog/Beagle mix and Mathis treats him as his best friend. When Macks got lost, Mathis’ mom, Sandrine Hildembrand, noted how Mathis got more anxious.

Longing for Macks and aching for their boy’s heart that has been missing Macks, the family did everything they could to find Macks. They posted fliers all over Potomac, Maryland and even offered $1,000 reward for anyone who can lead them back to Macks. A police report was even filed by the family.

The police received information that the dog was picked up by a landscaping crew in the area. The lead however lead to nowhere as June and July passed by and the dog was still missing.

By the end of July, the family almost lost hope in finding Macks. But fate was brewing as the family received a call inquiring about the reward.

Through the mediation of the police force, a meeting was facilitated. All parties involved were extremely careful for no one wanted Mathis to experience yet another heartbreak.

Through safe and careful mediation made by the police force, Macks and Mathis were reunited.

The police force kept the identity of the individual who returned Macks anonymous. Regardless of the person’s motivation, all parties involved are just simply happy that Mack and Mathis are together again! A very happy ending indeed! 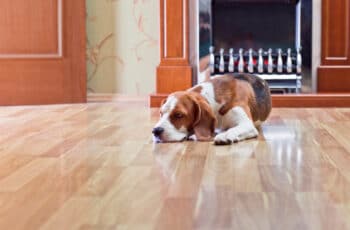 Homeowners who have pets in their homes face more problems … 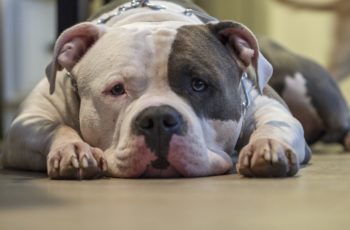 Clefford is a pit bull and he was born having …