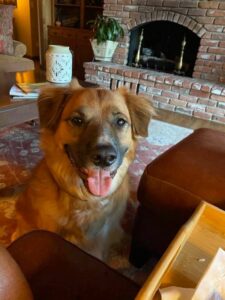 A two-year-old border collie/heeler mix named Tilly survived a car crash one Sunday afternoon. However, this did not prevent him from doing what he does best: herding sheep.

According to a news report released by The Spokesman-Review, Linda Oswald and her husband were going to Everett, Washington from Hayden, Idaho, when their vehicle collided with another car along Highway 41. This caused severe damage to their car, and Tilly, their dog, sitting in the back seat, was thrown out of the vehicle. Tilly, who was unharmed but frightened because of what happened, ran away from the scene.

The search for the missing canine began immediately, according to Oswald. She even refused medical attention from a nurse who reported on the scene, who told her to stay put because she wanted to look for her pet. The local police, together with several witnesses, helped during the search for Tilly. However, after a thorough ten-hour search, he couldn’t be found anywhere – so his exhausted and heartbroken family went home without him.

As soon as they arrived home, the worried fur-mom brought her search to Facebook by posting a photo of Tilly. More than 3,000 users shared her appeal, but the days stretched on without any good news, making Oswald feel hopeless.

Until one Tuesday morning, a woman named Tyler Potter tended to sheep in their family’s farm when she mentioned to her brother Tyler that one of their Australian shepherds looked different. Her brother didn’t give it much thought until later when their other brother called on the canine. 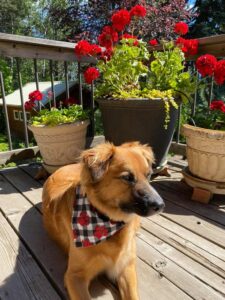 Travis told The Spokesman-Review that their dog Hooey would immediately come when they called out to him. However, this canine on their farm put its ears back and ran off. The Potters decided to look at the strange animal and knew right away he wasn’t who they thought it was.

The family instantly recognize the dog to be Tilly, whose photo was making rounds on Facebook. The crash happened just a little over a mile from their property, where the spooked Tilly ran off. In a statement, Travis said it looked like Tilly was trying to herd their sheep.

Haylee Bergeland, CPDT-KA, CBCC-KA, RBT, and Pet Health and Behavior Editor for Daily Paws said that after generations of breeding herding dogs tend to have certain traits, so chasing and following moving animals is ingrained among them. She noted that these are attributed to their genes as well.

Meanwhile, Oswald said she was con Tilly was only following his instincts, adding that he herds just about anything. For instance, when they’re at the dog park, he would even try to herd humans into one group.

So we guess you know how this story ends. After the Potters noticed the difference, a Kootenai County Sheriff’s Office deputy was also on patrol and drove by the farm. He took Tilly and safely returned him to his waiting family.

And the timing is impeccable! We’re confident Tilly deserves a much-needed break after all his hard work at the farm! 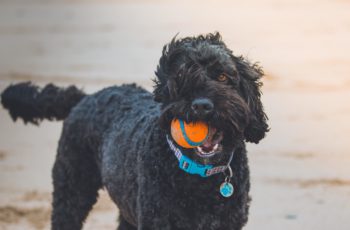 A team of rescuers had to use specialized equipment that’s … 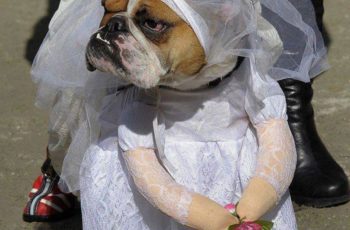 Bailey is a shelter dog from North Hempstead Animal Shelter …