Our four-legged furry companions are curious creatures by nature. Dogs love to stick their noses and paws into anything they can see and reach. They tend to sniff, lick, and paw at things that piques their interest to find out what they are. In most cases, dogs will try to figure out if that object is edible.

One canine from Salisbury, North Carolina, got too curious after noticing the doorbell camera in their home. Footage from the camera showed the Pitbull mix named Yoshi hanging out on the porch and sniffing around. After seeing the object attached to the wall, Yoshi stood on his hind legs to look at it closer.

The curious canine stared directly into the camera and opened his mouth to try and eat the device. Yoshi’s teeth scraped across the camera’s surface as he got a grip of it in his jaws. The short clip showed the inside of Yoshi’s mouth and teeth while he attempted to munch on the electronic gadget.

Yoshi hung around a bit longer and sniffed to see what the doorbell was. The adorable brown pup dropped back on all fours after he realized it was not food. While doing so, Yoshi accidentally rang the doorbell and frightened himself. Yoshi’s ears pricked up at the sound, and he was instantly on high alert.

The puzzled canine barked at the noise and spun around to search for the culprit. Seconds later, Yoshi looked back at the camera and tilted his head, seemingly unsure if it was responsible for the sound. He scanned the yard once more to look for anyone suspicious.

Yoshi’s owners told ViralHog that the pup discovered the Ring doorbell, tried to bite it, and accidentally scared himself after he rang it. No one can blame the poor dog since the concept of doorbells is far from their comprehension. Hopefully, Yoshi found something tastier than the camera. 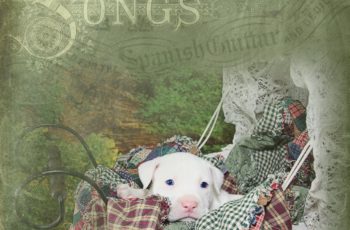 Do you believe in angels? Well, we here at Playfuldogs.info … 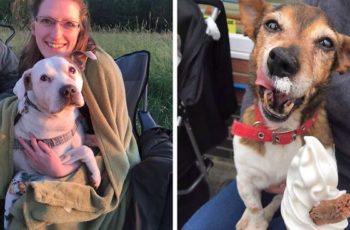 Dogs deserve all the love in the world. This story …