When you harm a dog, you can be sure that its owner would come after you. Dog owners love their fur pets, and the last thing they want is for their beloved doggo to be hurt or injured. They are really willing to fight anyone who would dare to bring these furry little angels any kind of misery.

This can be seen in a video that recently circulated online. It concerned Hailey Morinico, 17, from Southern California. She was observed running to defend her two fur pets, who were engaged in a furious fight with a violent bear.

Video cameras that were installed in the backyard filmed the entire incident. It began with the bear and its two pups standing on the fence. As a result, Hailey’s dogs went into protection mode and began to bark at the intruders.

The bear felt as though it were being attacked by the protective dogs. When one of the dogs went near the fence, the bear attempted to strike it with its paw.

At this point, Hailey rushed towards the bear, pushed it away, retrieved her pets, and returned to the house.

The bear tumbled down the fence, but it immediately climbed back up. Hailey knew that she had to make sure that she didn’t injure the wild animal by not pushing it too hard. She only wanted to distract the bear in order to buy time and save her pets.

Brenda, Hailey’s cousin, shared the video on TikTok. It has already been viewed over 64 million times as a result of people’s awe at the bravery not just of the dogs but of the dog owner as well.

While many people were impressed by her actions, others expressed concern. They informed her that, despite their appreciation for her promptness in protecting her pets, her life was in danger during her confrontation with the bear. She appeased everyone by promising not to again what she had done.

My cousin Hailey yeeted a bear off her fence today and saved her dogs. How was your Memorial Day?! (WTF?!) #ohno #badass #brave #fight #bear 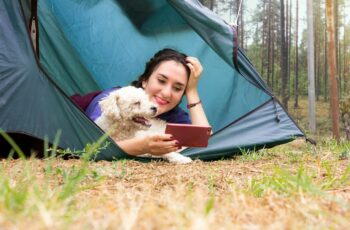 A golden retriever named Alfalfa, or Alfie for short, has … 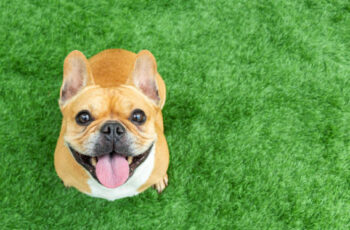 So, you’ve made the life-changing decision of having a dog …