Home
famous dogs
The Dilemma Of Choice: Couple Takes Part In A Viral Challenge Online To Find Out Which Person The Dog Loves More

Since time immemorial, dogs have always been touted as a man’s best friend. They help people at work, provide 100% fun entertainment, and offer the warmest cuddles. And while they are loyal, many pooches actually show a preference when it comes to their owners.

This is what a viral online challenge is trying to settle. It’s trying to find out if dogs really have favorites, and the results are hilarious. One couple participated in the said challenge, and they received an unexpected response from their pup.

The online challenge was fairly simple. A voice-over would ask two persons to run in opposite directions to see who between them was the dog’s favorite person.

In a video uploaded to TikTok by a woman named @kamilandra, she and her partner ran away from their Yorkshire terrier in opposite directions. The dog would then be forced to choose who between the two he should follow.

Surprisingly, the dog had an unexpected reaction. Initially, it looked back and forth. Then, it barked a few times. After that, it started spinning around in circles.

The dog would stop spinning to face one owner. Then, it would spin again (this time, in the other direction) and stop to face the other owner. It kept doing the same thing, and it evidently couldn’t make a decision.

People were amazed at the dog’s reaction

The video had more than two million likes, over 37K comments, and almost 163K shares. TikTok users were obviously amazed at the dog’s reaction to the challenge.

One said that the dog spun to signify that it chose itself. Another funnily commented that the pup was trying to run in both directions all at once. A third commenter said that the dog was playing Spin the Bottle with himself to see who he would land on. A fourth netizen, on the other hand, said that the dog had turned into a tornado to pull back the two owners in. 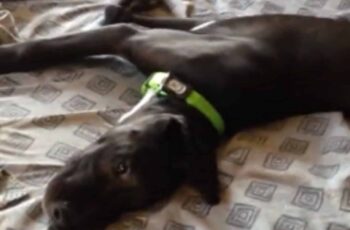 Whenever our canine pals put their minds on a specific … 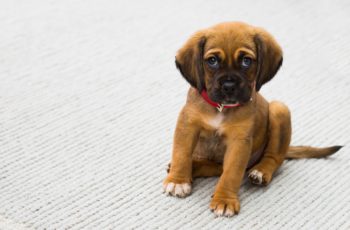 If you’re a dog lover, you certainly have a feeling …